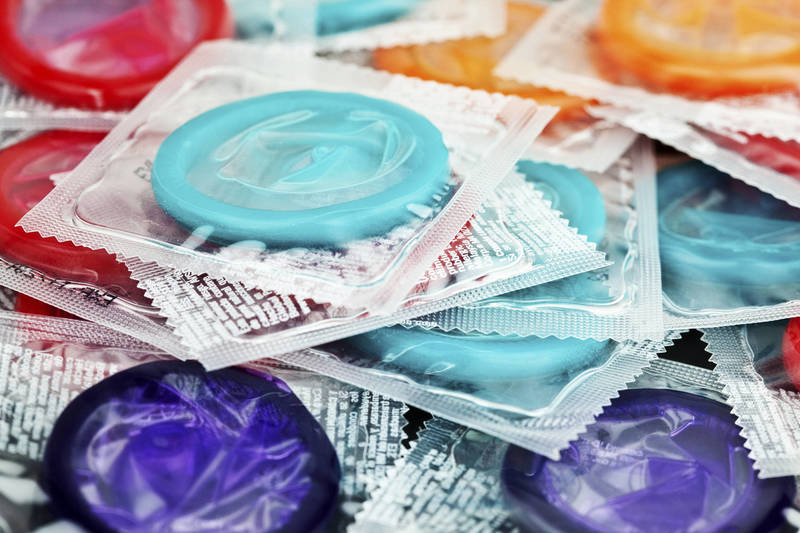 “How do I avoid getting HIV?” I get asked this question too many times to count. This is where many people will say many things about this subject. So I'm going to lay out all the options. Which ones you decide to use are entirely up to you, but I recommend using a combination to ensure safety. It’s no longer a world of just condoms or abstinence. We live in a golden age of prevention, and the research that is going on for prevention is quite incredible.

Use them. Always. No questions, just do it. This is always the first line of defense, and the easiest one to come by. Unless you're in a truly monogamous relationship with your partner, there is no reason not to use condoms. That is your first line of defense. Statistically, using condoms alone can reduce the risk of HIV transmission by up to 98% if used correctly. Let me make this clear though: condoms are not infallible. This is why I suggest using a couple of methods.

Also known as PrEP, Pre-Exposure Prophylaxis is a combination of two medications (tenofovir and emtricitabine) which is sold under the name brand Truvada. This pill is taken once daily and can reduce the risk of being infected with HIV by up to 90% from sex, and up to 70% from drug use (needles). While 90% sounds perfect, it is not. Again, use condoms and the risk factor goes down even more. Oh, and if the cost of Truvada looks scary, many insurance companies cover the cost, even the drug manufacturer Gilead offers assistance programs for people with little or no insurance. Again, like condoms, there’s no reason not to be taking PrEP, unless your physician cites individualized health concerns for you.

Known as PEP, Post-Exposure Prophylaxis is used after a person is exposed to HIV. Think of it similarly to the morning after pill. This is a last resort when, for some reason, you weren’t using any of the other options. This medication must be taken within 72 hours from when a person is exposed, and must be taken for several weeks. The clock is ticking with this form of prevention. Every hour you wait to go to a healthcare provider and start taking it increases the risk of infection. As with PrEP, most insurance companies will cover this medication. If insurance is a problem, there are programs to receive free PEP.

Just like the many schools of the South teach, abstinence is the only 100% guarantee to prevent contracting HIV. But chances are that the majority of the population is not abstaining from sex. I mention abstinence because for some it is an option, a hard option, but one nonetheless.

The next thing I want to talk about are sero-discordant couples. What this means is that one partner is HIV-positive and the other is HIV-negative. When I found of that I was HIV-positive, I thought that I would never be able to be with a person unless they were also positive; and boy was I wrong! I’ve been in two long-term relationships since finding out my status. Both of the men were, and still are, HIV-negative. My first partner did not use PrEP (although at the time it wasn’t commonplace), but we did use condoms and I was taking my daily medications to keep my viral load at an undetectable level. The second man, whom I’m still in a loving relationship with, takes PrEP daily. Both men got regular STI tests just to be safe. By being responsible they’ve managed to stay negative.

Finally, get regular testing done. Not just for HIV, but for all STI’s. Most doctors suggest getting tested once every six months. Personally, I go every three months. Not because I’m a man-whore, but because heaven forbid I somehow managed to contract something else, I would know sooner and could get the help I needed.

If you happen to live in one of the gay meccas of the U.S., then you’re in luck. Free testing seems to be abundant in major city hubs. But even if you don’t live near one of these cities there are still options for you. If you need help finding a testing location you can use the HIV Testing and Care Services Locator . When you do go get tested there are two options available. The most common one you’ll find on the streets are rapid tests. These tests are typically oral swab tests and check to see if your saliva has the antibodies the immune system creates when someone is infected with HIV. They take about 20-30 minutes to complete, and depending on the outcome you will be directed to do a secondary, confirmatory test. This second test is the one you’ll most likely get done in a doctor’s office, and it is much more reliable. This test uses blood and is sent off to a lab for examination to see if there are visible signs of the virus. These blood tests can find the HIV virus much sooner than a rapid test, and are typically more reliable. There is one more test that can be done, but I rarely ever hear anyone having it done. It is an RNA test. The RNA test targets the HIV itself and can detect it within 10 days of infection.

The last thing I want to imbue upon you, beyond the different resources to stay safe and smart, is that I know at times it can be very scary to get tested, but you have to get it done. I once went a little over a year before I got tested. That was stupid, to put it bluntly, and because of that I could have found out my status much sooner. I got lucky though with my virus, and not much damage was done.

Next time, we will discuss what happens when your results come back positive, and the short-term and long-term steps that come after. Remember, you are loved, and we are all HIV Equal.